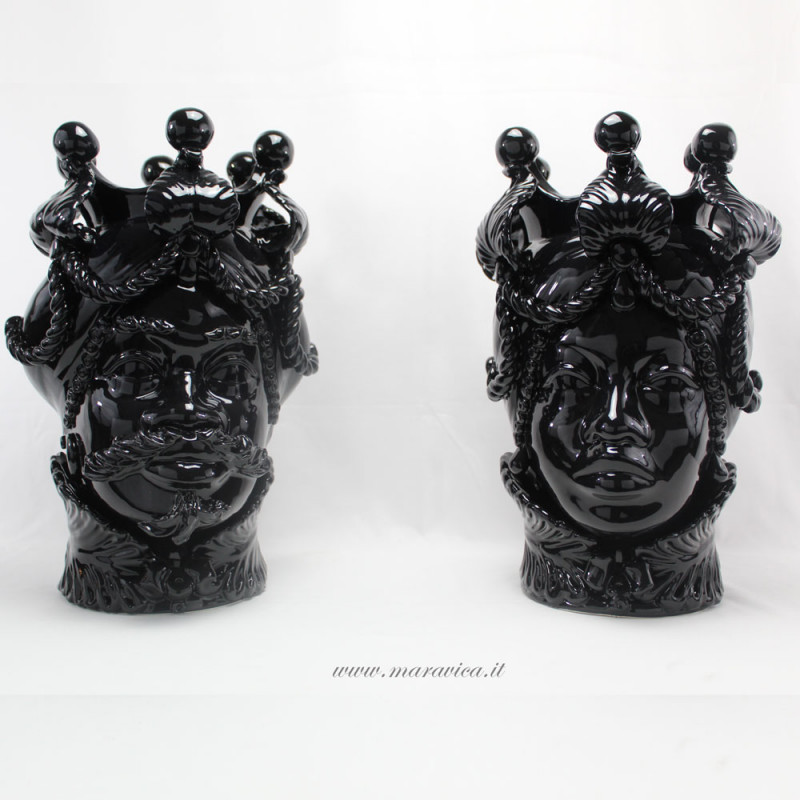 The Moor's Heads exist in Sicily for several centuries have been brought to fame in recent years, by the designers "Dolce and Gabbana" who have dedicated an entire collection to Sicily. Sicilian Moor heads exclusive wedding gift and wedding witnesses