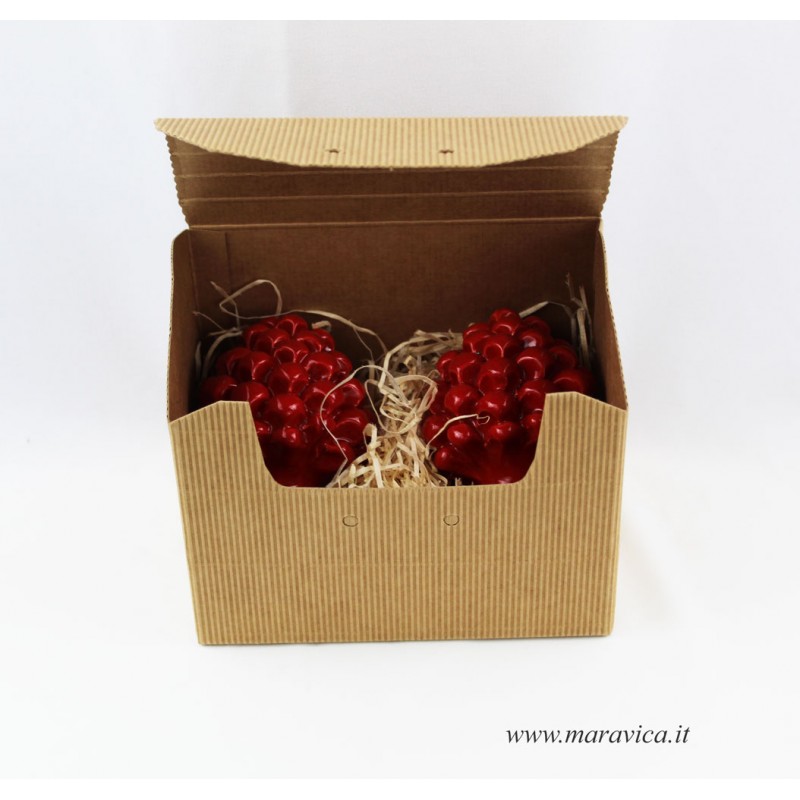 Christmas gift package - set of two pine cones made and hand painted, according to tradition, by master potters of Caltagirone. It is a well-wishing symbol with multiple meanings.

The ceramic pine cone of Caltagirone, in Sicily is present in most of the houses: on the pillars placed at the entrance, on the balconies, as an ornament, as a decorative object, as a card holder.

La Pigna lends itself to numerous meanings which have their roots in distant Babylonian culture, penetrating in the Greek and Roman Catholic, then, with the meaning of cosmic egg linked to the birth of creation, to the principle of everything. Being full of seeds has also taken the meaning of fertility and prolificacy , classical wish to do for a married couple that constitutes a new family, that is why the cones populate the headboards of the beds in wrought iron in the peasant culture.